I owned dozens of novelisations of DOCTOR WHO as a child. They were a regular gift I asked for both Christmases and birthdays. The show was rarely repeated and, in the absence of VHS/DVD releases, these were the only way to experience the old stories. I can remember reading them back to back and since…

A lovely review of my novella, Death at the Seaside

“Nothing was going to ruin Castle’s holiday.

Except for the mocking laughter of the dead.

Castle was anticipating a lovely break at the seaside. His glamorous film star mistress was even joining him.

However, an unexpected encounter leaves Castle reeling. There’s a chance that someone knows his darkest secret and no matter what, he’s going to have to deal with it.

All his life, Castle has been the luckiest bloke he knew. 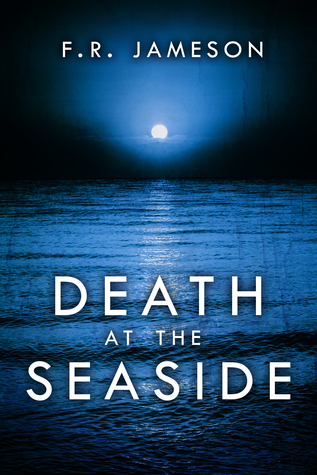 I got an ARC of this book.

This book gives the perfect example of a main character that just deserves everything bad that could possibly happen to him. From the very first page, Castle was just this awful character. He was a cheat, slimy, misogynistic, and worse. There was just so much about him to hate. I LOVED HATING HIM. There were no mixed feelings, there were no redeeming qualities…

THE SIGN OF FOUR is a more sensationalist novel than A STUDY IN SCARLET. Maybe that wasn’t always the case. Possibly in 1890, the whole notion of Mormonism was just as exotic as India and holy jewels. That each were mysteries in London which centred on far off places and different cultures. However, the Utah…

A lovely review of Call of the Mandrake!

“What terrible secrets are the town’s women hiding?

Beddnic, on the South Wales coast, has shut itself off from the outside world. Days after a number of its men were reported missing, the road in was closed and all communications ceased. No strangers are welcome there anymore.

Now, two agents – Ludo and Garris – are venturing across the water, anxious to know what’s going on and desperate to help. And no amount of threats or horrors will make them turn back. The awful curse which has befallen this town is about to be revealed, and the dead shall walk…

But in this cruel place by the sea, will these two men really be able to help?”

I got an ARC of this book.

When the author offered me a copy of this book, I wasn’t so sure. Detectives really aren’t my thing. I just don’t see why…

I told myself going in that the last one was a blip. In FOOL’S ASSASSIN I actually had a book in this wonderful series (or serieses I guess, as it’s three trilogies) that I didn’t actually enjoy that much. It was an anomaly though, right? Just a smudge on the record. There have been minor…

The last series of DOCTOR WHO was the one I liked the least since it’s return. That’s in many ways sad as I was not only so looking forward to it, but it had so many great elements. Jodie was superb as The Doctor, the companions were great (if too numerous; poor Yaz was frequently…

This is a wonderful novel! Lawrence Osborne (a writer, I confess, I’d never read before) has taken Philip Marlowe and done something really interesting with him. He isn’t here trying to sort our loose ends from THE BIG SLEEP or THE LONG GOODBYE, which – however diverting – really do fall into the trap of…

Much like STAR WARS needs to tell tales that don’t involve The Skywalker family, so ALIEN needs to find a way to thrive beyond Ellen Ripley. Now, I quite enjoyed ALIEN: OUT OF THE SHADOWS, but that did require me to get over that it rather incredibly and improbably slots between ALIEN and ALIENS. No,…

There’s a lot of fun to be had here for horror fans. Jeremy Bates has taken a big blood-stained pot and mixed together a load of familiar horror tropes. So, we have the young people lost in the haunted wood, satanists, rednecks, giant snakes and ghastly, brutal murder. The 1980's setting even lets him throw…

Listening to Stephen Fry’s superb reading of THE STUDY IN SCARLET, I realised that I have never properly read the Mormon second half of the story. At best I can be said to have skim-read it, and I’m sure there were times when I just skipped it out completely. Moving straight – and without guilt…

THE HELLBOUND DETECTIVE is out in a few weeks, but this is where I am with the next one... #frjameson #amwriting #workinprogress #indieauthor #horror
Here it is finally. What with all that’s going on in the world, the release has been delayed, but the new date is creeping closer. And here - drum roll! - is the cover reveal! Coming soon from FRJ Towers, THE HELLBOUND DETECTIVE. #frjameson #horror #newbook #newhorror #mustread #vampires #lovecraftian #darkfantasy #detective #noir
I've updated the covers on my Ghostly Shadows Anthology series and made them all of a piece. I'm pretty happy with the results. Here's the second of them. A tale of a car crash in South London which leads to something dreadful... #frjameson #horror #newbooks #must read #worcesterpark http://mybook.to/ghostlyshadows
A Lockdown Project. Reading big tomes I’d never be able to comfortably carry in my day to day bag. Finished the bottom two, top one next #amreading #lovkdown
I wish I could say that a charming child decorated this egg for display in our front window, but actually it was me. #easter #eggs #drwho #doctorwho
Given the horribleness of the news right now, reading a book which pairs nuclear Holocaust with killer, mutant rats is oddly quite comforting. Taking solace in something even worse, before returning to grim reality. #horror #horrorbook #justread #jamesherbert #apocalypse